The Sting looks the same as the Sur Ron and the reason for that is simple, it has been developed & built by one of the original designers of the Sur Ron who thought he could build the same bike but improve on it – and they have.

The Sting has various upgrades over the Sur-Ron such as a better battery life, transfer case (no belt drive), wider rear tyre, real time adjustable re-gen, improved battery connector & stronger frame. These are all improvements over its competitor - the Sur-Ron.

Although the Sting bears a striking similarity to the Sur-Ron, it has a number of advantages, as it's been developed to more than match its rival. Size, weight, power, torque and seat height are very similar, however, it has 19% greater battery capacity, a wider swinging arm and a wider rear tyre to provide improved grip. The Sting also does away with the primary belt drive and replaces this with a sealed, fixed ratio transmission. Replacing a belt drive with a non-serviceable item improves reliability and reduces maintenance.

The Sting also offers a four-level, adjustable brake regen capability, which allows the rider to select the ideal engine braking for the type of terrain being tackled. Apart from providing more control on downhill gradients, greater regen will also maximise range, which has already been enhanced by the 19% increase in battery capacity. In addition, the Sting offers an extended, heavy duty motor guard, pro peg footrests and a more robust, single battery and loom connector.

The Sting has been designed and developed by a team that set out to take the fight to the competition by producing a superior bike, but at the same price point.

All in all, this bike is a hoot. The improvements over the Sur-Ron make all the difference and now it’s a complete package.

To enquire about this product 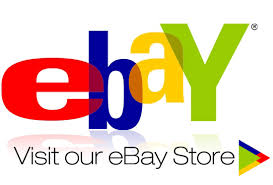 Don't let logistics stop you from buying a bike from us.
We can deliver any bike we sell to mainland UK